Roll Out to Ease Those Aching Muscles

According to an article on ESPNW.com, athletes should consider incorporating self-myofascial release using self-care tools both pre- and post-workout. Why? It's an easy way to improve blood flow and increase range of motion throughout the body, enhancing

performance.
We all know how good a massage feels after an intense workout or a week of training, but not all of us have a personal masseuse on call. Instead, many athletes are taking things into their own hands.

From weekend warriors to professionals, athletes are using foam rollers, lacrosse balls and massage sticks to work out the kinks in their muscles themselves. It's a practice called self-myofascial release.

"Myofascia is what's also known as your connective tissue," says John Osika, licensed massage and bodywork therapist and owner of Carolina Massage Therapy. "It's the webbing within the body that holds all the structures in place and wraps around your muscles and organs. When there's trauma to an area, it becomes very sticky and everything under the skin feels tight."

Osika likens fascia to cling wrap -- it clings to itself until you can flatten it out. That's where myofascial release techniques like foam rolling come in.

"Traditionally, when we think of myofascial release, we usually think of a practitioner 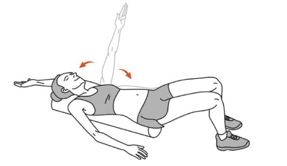 [working on] a client. You are trying to create some type of change -- in length or dimension -- to the soft tissue in your body. With self-myofascial release, you are the agent of change in your soft tissue," using an object like a lacrosse ball, says Jill Miller, creator of Yoga Tune Up and co-founder of Tune Up Fitness Worldwide. "The tools can really get in there and manipulate the tissue in small, nuanced ways."

"The idea is that you have adhesions. The connective tissue that surrounds the muscles have some tightening and scar tissue," says Carolyn Peters, head athletic trainer and strength coach at San Diego Christian College. According to Peters, when your connective tissue is tangled up, it restricts your movement and range of motion, which could ultimately affect your performance.

In addition, Osika says that "when [your myofascia] is bound up, you lose hydration and blood flow in that area."

In order to release that tension and break up the adhesions, you have to restore movement to the area. Manipulating your myofascia can help eradicate pain and hasten fluid flow to the tissues that are stagnant or stuck.

"You release cellular matrix that then lubricates everything in that area," Osika says. "When you rub [the area] and foam roll, you start to lubricate and to unwind and loosen the adhesions." 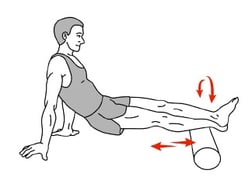 What are the benefits?

"You need to brush and floss the inside of your body for the hygiene of our tissues. You need to respect your connective tissue and fluff it up from the inside out," Miller says. The result? According to Miller, you'll move better, recover faster, perform better and reduce pain. These techniques also encourage movement of your lymph -- a major component of your immune system.

In Peters' experience, she's found that incorporating techniques to mobilize myofascia can increase range of motion and decrease pain. "Rather than spending a lot of time stretching and having short-term release, I spend a lot of time working on the connective tissue around the joints," she says. For example, for someone with tight hamstrings, Peters will spend about 30 minutes working on the entire leg, from the foot up to the IT band, quadriceps and piriformis. As a result, she typically can get another 10 degrees of motion and relieve some lower-back pain.

All three practitioners recommended incorporating self-myofascial release pre- and post-workout. But of course, check with your doctor about what will work best for you. 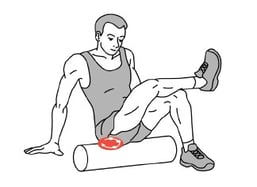 Before a workout, "you want a little blood flow," Peters says. "Target the areas that you are going to work. Work a couple of minutes on each structure to loosen it up."

"We are typically hanging around in pretty horrible positions, slouching and not standing tall. Going after trigger points and areas of hypersensitivity before a workout is a way to get rid of your horrible movement habits and lets all of your tissue be available for movement," Miller says. You'll have a better workout because you're priming the body for activity. But don't overdo it. "Using any tool for too long can over-sedate the tissues [and it won't perform well.]"

After a workout, Miller says, self-myofascial release "resets the tissues that were put on demand for that period of time," especially if you're doing a sport with repetitive movements, such as running, cycling or swimming.

Some self-myofascial release tips from athletic trainer Carolyn Peters:Using a foam roller or lacrosse ball, roll on your muscle and soft tissue until you find a spot that is tender. Once you find that spot, apply compression and stay there for one to two minutes. 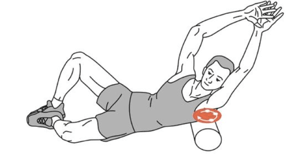 • Acute Effects of Self- Myofascial Release Using a Foam Roller: The Journal of Strength & Conditioning Research 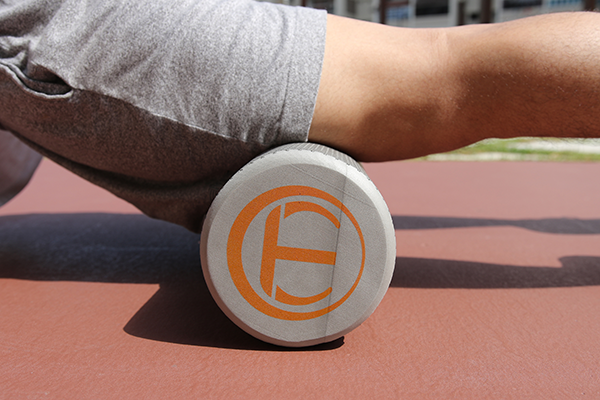