CPR Training and AEDs Can Save Lives in the Gym

CPR training and AEDs protect gyms and athletic organizations from liability, and defibrillators are required by law in 15 states and DC.

According to the American Heart Association (AHA), up to 70% of Americans do not know how to properly respond to a situation in which a family member or nearby individual suffers a sudden cardiac arrest (SCA) – either due to a complete lack of CPR training, or their inability to recall the training they previously received. While this statistic is concerning enough for the average American, it’s even more alarming for those who manage or own gyms and athletic training facilities.

While the exertion of working out isn’t likely to trigger a cardiac event itself, it could potentiate arrest in individuals with preexisting heart problems. That could leave gym owners, managers, coaches, and athletic associations to be seen as liable for injuries and deaths individuals might sustain on the premises – if the organization did not take proactive steps to train employees in CPR and ensure that an AED is accessible and nearby.

Statistics and potential legal liability certainly aren’t the only reason gyms should invest in CPR training and AEDs: plenty of stories illustrate the human impact of the decision. This January, a woman performed lifesaving CPR to a fellow member of a Toronto-area gym after employees failed to do so. According to CBC news, Alex Jade, a 29-year old actress, both performed CPR and used an AED to revive Jarosław Zabrzycki, 51, a fellow Toronto resident who was engaging in a late night workout when he collapsed onto the floor.

In a similar story, a Pawtucket, Rhode Island police officer revived a fellow gym member who collapsed during an early workout at a local gym. According to a local newspaper, Detective Sgt. Christopher Lefort directed gym employees to call 911 while he performed lifesaving CPR on the patient. Likewise, this April, a man in Portland, Maine also performed lifesaving CPR on a stranger who had collapsed at a local gym. Celebrity fitness trainer Bob Harper says an AED – an automatic external defibrillator – helped save his life when he suffered a heart attack at his gym.

These stories, all occurring within the last year, point to the same conclusion: CPR and AEDs save lives. But unfortunately, in most of these cases, it wasn’t a gym employee who helped – it was a fellow member. Many gym employees were not properly trained or, though trained, the employees failed to intervene.

Unfortunately, that lack of action can be costly – ethically and financially. In one case, the family of a Southern California man who died after experiencing a heart attack in a local gym attempted to sue the health club he attended for damages. The family of Marc Palotay, 65, a senior vice president at NBC Universal, filed a 2015 lawsuit against Studio City Fitness Gym. The family eventually agreed to a settlement, but the incident highlights the potential risk of failing to protect members from cardiac events.

With nearly 400,000 out-of-hospital SCAs occurring each year in the United States, sudden cardiac arrests aren’t an unlikely occurrence. Worse, many SCA victims have no known heart issues, diseases, or other risk factors. Combined with the fact that bystander CPR can double or even triple an SCA victim’s chances for survival, it’s a no-brainer to make sure that there’s always one or more staff members with up-to-date CPR training (and an AED on hand) whenever individuals are using a gym or other athletic facility.

Protecting members and athletes from sudden cardiac arrest isn’t just a good ethical policy – depending on your state’s laws, it could be your legal responsibility. Fifteen states and the District of Columbia now mandate the presence of an AED on premises in gyms. Currently Florida does not, but two other states recommend having the technology and others are likely to follow with legislation. In addition, making sure your employees are CPR and AED trained improves customer service, enhances your organization’s reputation, and avoids needless liability, all while potentially saving lives.

This blog was curated by an article titled, "CPR Training and AEDs Can Save Lives in the Gym" by CPR & AED News. It was published on July 12, 2017 on onebeatcpr.com. The original article can be found here. 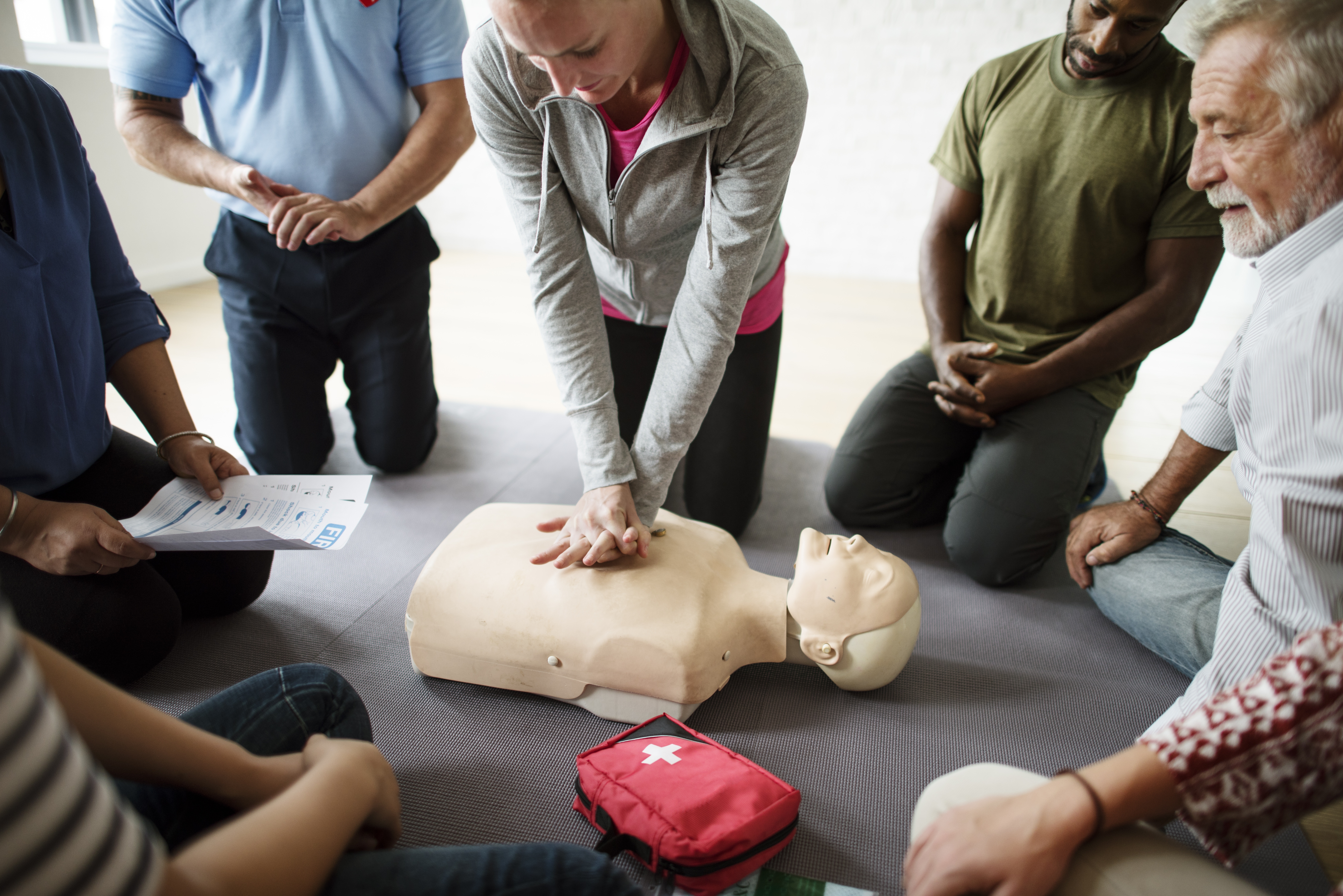